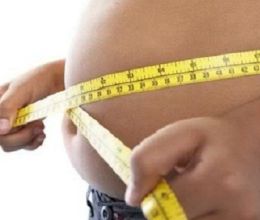 Obesity may be defined as a condition in which excess fat in the body accumulates to the extent that health, both physically and psychologically, is affected.

It is not merely a problem of aesthetics and beauty, but a condition which is chronic and relapsing, and can cause significant medical illnesses and a reduced lifespan. The estimated cost of obesity in developed societies is between 2 and 7% of total health care cost.

Obesity is most commonly caused by a combination of excess dietary calories, the lack of physical activity and genetic susceptibility. A small proportion of cases are due to secondary causes such as genes, endocrine disorders, medication or psychiatric illness. It has been estimated that genetics have an approximately 70% influence, whilst the environment has the remaining 30% influence on one developing obesity.

The Body Mass Index, or BMI, is the recommended index to define overweight and obesity, as it is highly correlated with body fat percentage. It is derived by the simple formula:

The current WHO guidelines for adults uses a BMI cut-off of 25 to define overweight and 30 to define obesity. Based on body fat equivalence and risk of associated diseases, the cut-off for Asians is 23 and 27.5 respectively.

You would be considered High Risk if:

WHAT ARE THE RISKS ASSOCIATED WITH OBESITY

Cardiovascular Disease
Obesity is an independent risk factor for heart attacks, coronary heart disease and sudden cardiac death. Obesity is also closely associated with hypertension, as weight gain has been shown to increase blood pressure and weight loss decreases it. The association between obesity and strokes is less clear, but may be causally related to high blood pressure instead.

Obesity plays a key role in the development of obstructive sleep apnoea (OSA). OSA is a condition characterized by loud snoring during sleep with periods of apnoea (stopped breathing), resulting in disturbed quality of sleep and daytime fatigue.

Orthopaedic Problems
Increased body weight puts excessive strain on the knees and hips, often leading to osteoarthritis. The lower back is often also under constant strain resulting in frequent back pains.

Psychological Problems
In modern day society, where to be slim is beautiful, obese or overweight individuals may suffer from loss of self-esteem, occasionally resulting in depression.

Reduced Life-Expectancy
Obesity is one of the leading preventable causes of death. On average, obesity reduces life expectancy by 6 to 7 years.

It is a matter of simple math. If caloric input is less than caloric expenditure (output), weight loss will occur. Incurring this sustained negative energy balance is best achieved by:

Typically, a 500 to 1000 kcal per day energy deficit (energy output minus energy intake) will result in the recommended 0.5 to 1 kg per week weight loss, or about 10% body weight reduction over 6 months.

The recommendations for structured exercise are as follows:

Before starting on a structured exercise program, especially among those who are obese, consult a doctor to assess your fitness to start on such a program.

The intensity of our daily activities generally tends to be low, compared to that of structured exercise. However, due to the longer duration of these daily activities, the amount of total energy expended can be very significant.

Todate, research has consistently shown that it is the excess calories that increase body weight, and not the excess protein, fat or carbohydrates per se. Weight loss is therefore associated with reduced caloric intake and increased diet duration, rather than the actual macronutrient content of the diets. This would explain why the various diet plans with their different proportions of protein, fat and carbohydrates all seem to work, if adhered to for a significant period of time.

There are various ways one can calculate one's energy requirements:

It can be easily estimated by using the 30-35 kcal/body weight formula. So, for a person who is 80kg, the estimated energy requirement would be between 2400 – 2800 kcal.

You may choose to use tables such as the following:

To create an energy deficit, subtract 500 – 1000 kcal from the estimated energy level.

In making food choices, remember that it is the amount and type of food eaten that determines energy intake. Whilst there is no real need for abstinence from any particular food group, it is worth noting that dietary fat provides double the amount of energy provided by protein and carbohydrates, so a diet high in fat would quickly exceed the caloric intake limit.

Your doctor may recommend starting on medication to assist in weight loss if your BMI exceeds 27.5 kg/m2. If you have other chronic medical conditions such as diabetes, coronary artery disease, hyperlipidaemia or obstructive sleep apnoea, medication may even be considered when BMI is between 25 to 27.4 kg/m2.

Phentermine is to be used in conjunction with exercise, behavior change, and reduced-calorie diet programme for weight loss.

It is not exactly known how this medication helps people to lose weight. It may work by decreasing your appetite, increasing the amount of energy used by your body, or by affecting certain parts of the brain. This medication is an appetite suppressant and belongs to a class of drugs called sympathomimetic amines.

Orlistat was approved in the US in 1999. It works by reducing the absorption of dietary fat by about 30%. On average, subjects on Orlistat lose 10% of their body weight compared to 6% weight loss in control subjects (Davidson MH, Hauptman J, DiGirolamo M, et al. Weight control and risk factory reduction in obese subjects treated for 2 years with orlistat: a randomized controlled trial. Jama 1999;281(3):235-42).

Side effects include: flatulence with discharge, oily spotting, increased urge to defaecate with occasional incontinence in some.

Orlistat can also cause loss of fat soluble vitamins A,D,E and K, as well as beta carotenes and some of the other carotenoids. As such, patients who are on regular orlistat should ensure intake of vitamin supplements and there should be a gap of at least 2 hours between supplements and orlistat intake.

Surgery should be considered only in the morbidly obese (BMI > 40 mg/m2) or in those with chronic medical problems who are severely obese (BMI > 35 mg/m2).

There are 2 approaches adopted:
1. Reduce the volume of the stomach to produce an earlier sense of satiation (procedures performed include adjustable gastric banding and vertical banded gastroplasty).

2. Reduce the length of bowel that comes into contact with food, thereby reducing it's absorption capacity (procedures include gastric bypass surgery).

Surgery in generally has been shown to produce a weight loss of about 50% of excess weight, and this weight loss is maintained in 60% of patients even after 5 years. Associated with this weight loss would be an improvement of co-morbid conditions such as Hypertension, Hypercholesterolaemia, Type II Diabetes Mellitus, Glucose Intolerance, Obstructive Sleep Apnoea and Metabolic Syndrome. 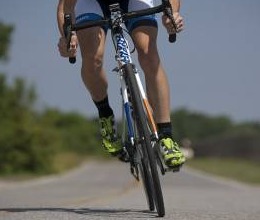 Every small little thing adds up! Just by altering some aspects of our daily lives, we can effectively burn more calories. Here are some tips you may want to try:

• Use stairs instead of the escalator or lift
• Alight one bus stop early and walk the distance instead
• Park at the far end of the car park
• Do the household chores
• Play more physically active games with your children
• Use a Pedometer (stepometer) and start a "walking program". A step count of > 10,000 per day would use up about 300 - 400 kcal of energy.

Go for the long haul. Adopt a plan which you know you can stick to for long term weight loss and good health, rather than a difficult fad diet which produces only transient weight loss.

Useful dieting tip to try:
• Get involved with the diet planning
• Reduce consumption of foods high in fat and added sugar
• Increase intake of plant-based foods such as wholegrains, fruit, vegetables and pulses, as these provide bulk and promote the feeling of fullness
• Drink plenty of fluids throughout the day
• Drink a glass of water before you begin to eat, and another glass with your food
• Eat slowly
• Limit concentrated sweet and alcoholic beverages
• Eat small portions
• Avoid skipping meals as this may increase your risk of subsequent over-eating

ALL ABOUT DIETARY FATS

Fats that we consume in our everyday diets have long been blamed for a whole host of health problems. Let's us look at fats in greater detail here.

There are 9 calories of calories per gram of fat, making fat the best store of energy in the body. This also means that by having more fat in the diet, one would increase the calorie density of one's diet.

Generally, there are 3 classes of fatty acids:

SFA and MUFA are not dietary essentials as they can be produced naturally in the body. On the other hand, PUFA's (n-6 PUFA and n-3 PUFA), cannot be synthesized by the body, and they have to be consumed in the diet. They are called essential fatty acids.

2. All vegetable oils are the same.
Most blended vegetable cooking oils contain palm olein as the main ingredient, and this contains about 40-50% saturated fat, a much higher proportion compared to pure oils (which contain between 10-20%). Pure vegetable oils include corn, soybean, canola, peanut, sunflower and safflower. They have proportionately higher levels of unsaturated fat rather than saturated fat.