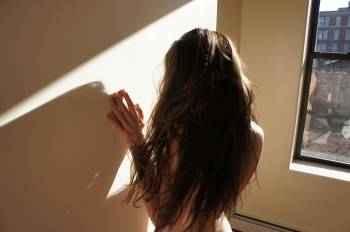 OCD, or Obsessive Compulsive Disorder, is a common disorder with a lifetime prevalence of 2-3% in the general population. It occurs in children, adolescents and adults, and both men and women are equally likely to get it. It is a chronic disorder characterized by obsessions and compulsions.

Obsessions are thoughts, images, or impulses that occur over and over again and are beyond one’s control. Moreover, these thoughts and images can be disturbing, repulsive, silly or senseless. In response to these obsessions, many sufferers develop compulsions, i.e. repetitive behaviors or thoughts that neutralize or make the obsessions go away. Compulsions cannot totally relieve the obsessions long-term and hence the repetitive nature of compulsions makes them time-consuming. Also OCD sufferers recognize that their thoughts and actions are irrational and excessive and become distressed by this realization.

The content of OCD is highly variable. Here are some of the more common examples. In sufferers with obsessive fear of contamination (by germs, dirt etc), they have compulsive cleaning. The cleaning may be in the form of excessively frequent handwashing, bathing or cleaning of items, sometimes employing copious use of soap and other cleaning agents and in fixed patterns of accomplishing the acts (known as “rituals”).

Miss Lee is a 31 years old secretary who has always been a clean and tidy person. For the past 3 months, however, she has been excessively fearful of getting contaminated by “germs”. She spends several minutes each time washing her hands with soap whenever she touched a surface which she deemed as “contaminated” eg. an office document, a chair and most other surfaces. She is starting to develop redness and peeling of her hands because of excessive washing. At home, she can only sleep very late as she has to spend many hours cleaning her house. Her relationship with her boyfriend suffers as she finds kissing and even holding hands unhygienic and “dirty”. She becomes depressed as a result.

In obsessive doubt, a sufferer may have a persistent fear of having missed various things (such as not properly switching off lights or gas stove, not closing doors or windows properly, making a careless mistake in work or misplacing a wallet). He or she then compulsively checks for these “mistakes”. Hence the sufferer may spend a long time checking these things.

Mr Lim is a 26 year old engineer who has become increasingly “stressed” by the need to check and double check items at home and work. Before leaving home for work, he will spend 30 minutes or even longer ensuring that all switches and taps are turned off. He has developed a time-consuming ritual of turning on and off a tap several times, then staring at it for 1 minute to ensure that it is properly turned off. On many occasions as he starts to drive to work, he will suddenly return home to repeat all the checks as he is doubtful if the checks are properly done previously. As a result he is frequently late for work. Besides chiding him for lateness, his boss also complains that he has not been submitting his work on time. Indeed, his compulsive checking and rechecking of all documents and papers because of his fears that he might make careless mistakes has delayed his work significantly and his colleagues has started to brand him as “slow”.

There is also a group of OCD sufferers who predominantly has repetitive and intrusive thoughts and mental images that keep replaying in their minds, for example of sex, violence, silly or senseless things that is abhorrent and has no relevance at all to the sufferer.

Ms Fatimah is a 21 year old undergraduate studying Accountancy, who has been distressed for the past few weeks by some disturbing thoughts. She has thoughts of slapping her friends (for no reason) when they study together and also has mental images of them indulging in sexual acts. She finds these thoughts and images to be repulsive and disturbing, but they continued to be intrusive and difficult to resist. She is even more distressed when she goes for her regular prayers: she will have sudden impulses to blaspheme the name of God. She is afraid that she might lose control one day and shout blasphemies in public.

WHY IS OCD PROBLEMATIC FOR THE SUFFERER?

Because the OCD sufferer spends an excessive amount of time cleaning and checking, he or she may not have enough time for important daily tasks. There will be problems with being late for appointments and being unable to hand in assignments on time. The compulsions also affect other family members and friends and the relationship with others becomes strained. Some family members are even “recruited” into the cleaning and checking rituals.

Many OCD sufferers and their loved ones are stressed and exhausted by these obsessions and compulsions. Some OCD symptoms can be bizarre in their content and sufferers fear that they might be going mad. Many also become depressed, are unable to sleep and some even entertain suicidal thoughts.

HOW DO I KNOW IF I NEED ASSESSMENT & TREATMENT?

If you have the above symptoms and they are causing distress and affecting your life, it is time to consult a doctor. Many people suffer needlessly from these symptoms, which is unfortunate because OCD can be treated.

Sometimes OCD symptoms can be bizarre and may be confused with other mental disorders such as psychosis, and a detailed assessment by a psychiatrist can help to distinguish between them as it has an impact on treatment. Besides eliciting OCD symptoms, the doctor will check if you are depressed because many OCD sufferers are also suffering from depression.

Physical investigations such as blood tests and brain scans may or may not be required. After the diagnosis is made, the psychiatrist decides on the treatment for you. 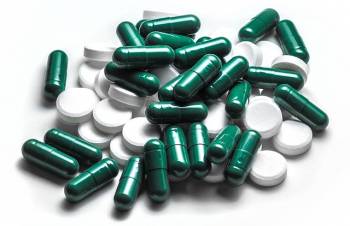 1) Pharmacologic
The main types of medicine you are likely to receive for treatment of OCD are the selective serotonin reuptake inhibitors (SSRIs) or a tricyclic antidepressant (TCA) with strong serotoninergic action (clomipramine). As abnormal quantities of a neurochemical called serotonin is implicated in the pathogenesis of OCD, the use of these antidepressants that specifically act on the serotonin receptors can improve OCD. Examples of these antidepressants include fluvoxamine, fluoxetine, sertraline, paroxetine, escitalopram and clomipramine.

Although these medicines are effective in improving OCD, they may cause side-effects in certain individuals. This is because many of the antidepressants are used in higher doses when treating OCD. These include nausea, loose stools, abdominal discomfort and headaches. These side-effects usually go away after a few days of taking the medicine. In certain more treatment resistant cases, the psychiatrist will use other types of antidepressants, a combination of antidepressants, or augmentation with an antipsychotic. Besides treating OCD, antidepressants can also treat any secondary depression that you may have.

2) Non-Pharmacologic
Cognitive behaviorial therapy (CBT) is useful for treatment of OCD. It may be used alone (for mild cases of OCD) or in combination with medicines. The specific technique employed in treatment of OCD is exposure and response prevention (ERP). Here you will learn to gradually tolerate the anxiety associated with not performing the compulsive behaviour.

For example, consider an individual with obsessive fear of contamination by germs and has compulsive handwashing: he or she is prevented from washing the hands after exposure to a contaminated surface such as touching a door knob. As the individual habituates to this exposure and anxiety drops, he or she can proceed to exposure to something more “contaminated”, again with response prevention. For those with only mental obsessions without much physical compulsions, techniques such as thought-stopping are also useful. In CBT, you are expected to do “homework”, i.e. practice the skills learnt at home, hence it is important for you to be highly motivated.