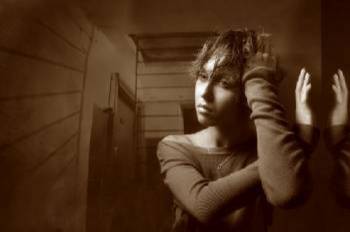 Bipolar disorder is a chronic relapsing cyclical mood disorder, characterized by distinct periods of mood disturbances.  Bipolar disorder used to be known as manic depressive disorder or manic depression, and if left untreated or is inadequately treated, can lead to risky behavior, damaged relationships and suicidal tendencies.  Global estimates suggest that between 1-2% of people may suffer from bipolar disorder over their lifetimes.  The Singapore Mental Health Study, that was conducted in 2010, revealed that 1.2% of the adult population in Singapore suffered from Bipolar Disorder.

Bipolar disorder is characterized by extreme changes in mood - from mania to depression.  Manic episodes can begin suddenly, and typically last between 2 weeks and 5 months.  Depressive episodes tend to last longer.  Between these acute episodes, the patient may feel and appear fairly normal, but these periods of remission tend to get shorter as the illness progresses.

What Are The Symptoms?

• Persistently elevated, expansive or irritable mood which lasts for at least 1 week
• Decreased need for sleep
• Inflated self-esteem or feelings of grandiosity
• Being very easily distracted
• Being more talkative than usual
• Flight of ideas
• Increase in goal-directed activity or psychomotor agitation
• Excessive involvement in pleasurable activities that have a high potential for painful consequences eg. unrestrained buying sprees, sexual indiscretions

• Depressed mood most of the day, nearly every day
• Significantly diminished interest or pleasure in all, or almost all, activities most of the day, nearly every day
• Insomnia (inability to sleep) or hypersomnia (excessive sleeping)
• Significant change in appetite or weight
• Fatigue and loss of energy
• Feelings of worthlessness or inappropriate guilt
• Psychomotor agitation or retardation
• Diminished ability to think and concentrate
• Recurrent thoughts of death/suicide

How Is Bipolar Disorder Diagnosed?

Because the pattern of highs and lows for each person can vary greatly, bipolar disorder can be difficult to diagnose.  It is very common for bipolar disorder to be misdiagnosed as unipolar depression, as patients are more likely to present to their doctor when depressed.  Patients who have experienced the manic episodes, may not be aware that it is abnormal, and often attribute it to normal mood swings.

Accurately diagnosing bipolar disorder may take many years because of the instability of its presentation.  The diagnosis is made by taking careful note of symptoms, including their severity, length, and frequency. The most telling symptoms of bipolar disorder are the mood swings (going from extreme highs to extreme lows) that do not follow a fixed pattern.  Doctors use set diagnostic criteria in order to make a diagnosis.  These criteria are the International Classification of Diseases from the World Health Organisation (10th edition - ICD-10) and the Diagnostic and Statistical Manual (4th edition text revised DSM-IV TR) from the American Psychiatric Association.

In Singapore, the DSM-IV-TR is more commonly used for both diagnostic and research purposes.

Treatment of bipolar disorder can be challenging due to its recurrent and cyclical nature.  Pharmacological treatment is further complicated by the risk of inducing the opposite poles of mood eg. antidepressants inducing mania.

Some of the commonly used medication in the treatment of bipolar disorders include:

Recent trials have shown that olanzapine is effective at preventing relapse.

Studies examining the use of ECT in the treatment of bipolar disorders are limited.  However, based on current data, there is evidence to suggest that ECT results in remission or marked improvement of symptoms in patients with acute mania.  ECT is also associated with improvement in symptoms of bipolar depression.

In addition to the above mentioned treatments, psychotherapy can be an effective treatment for bipolar disorder, providing support, education, and guidance to people with bipolar disorder and their families.

• Family-focused therapy helps enhance family coping strategies, such as recognizing new episodes early and helping their loved one. This therapy also improves communication and problem-solving within the family.

• Interpersonal and social rhythm therapy helps people with bipolar disorder improve their relationships with others and manage their daily routines. Maintaining regular daily routines and sleep schedules can help protect against manic episodes.

• Psychoeducation provides patients and carers with information about the illness and its treatment.  This treatment helps people recognize the signs of relapse so they can seek treatment early.