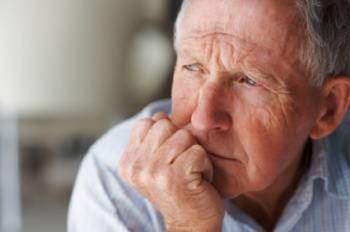 Dementia is a syndrome characterized by a progressive deterioration of cognitive ability, in a previously unimpaired person, and which results in impairment of normal daily functioning.  Cognitive function includes Memory, Intellect and Orientation, thus a person suffering from dementia would have impairment in these various aspects of "cognition".   Dementia is chiefly a condition which affects the elderly, and with an increasing elderly population, the number of people suffering from dementia is expected to rise.

Dementia, whilst most commonly associated with failing memory, also involves impairment of other aspects of cognition eg. reduced ability to learn and reason, loss of patterns of thoughts, feelings and activities.  Symptoms often begin insidiously and progress over a number of years before becoming noticeable by family members.  In the early stages, patients may just appear to be a little more forgetful, or may tend to repeat himself/herself during conversations.  This usually is passed off as part of aging or being "naggy". Short term memory is usually affected first, so patients with dementia will usually have problems recalling what they had for lunch a few hours ago, but will have no problems recalling childhood events.

With the passage of time, the forgetfulness gets more severe.  He/she may be confused about the time, day and date.  The decline in intellect may interfere with speech and thinking, so he/she may have difficulty understanding speech.  There may be personal neglect.  Other problems may also set in, such as bowel and urinary incontinence , behaviour becoming odd, getting lost and not being able to find the way home etc.

Dementia is also frequently associated with other psychological problems.  Depression affects as many as 20 - 30% and about 20% have anxiety .  Psychotic symptoms, such as delusions and hallucinations, may also affect sufferers of dementia.

In the very late stages of dementia, the patient loses the ability to recognize even family members, is unable to express himself, becomes incontinent, and requires maximal assistance with all aspects of daily living eg. feeding, bathing, changing and toileting.

There are many causes of dementia, the most common being Alzheimer's disease and multi-infarct dementia (which will be discussed here).  Other causes include Parkinson's disease, brain tumours, alcoholism, vitamin B12 and folate deficiencies, infections (such as syphilis and AIDS) etc.

Alzheimer's is the most common type of dementia and it was first described by Dr Alois Alzheimer in 1906, the German psychiatrist and neuropathologist who noted the brain changes characteristic of this condition.  The microscopic changes found in the brain, begin well before any signs of Alzheimer's are noticeable.  These microscopic changes characteristic of Alzheimer's are known as "tangles" and "plaques".  Tangles are twisted fibers of a protein that build up inside cells.  Plaques are deposits of a protein fragment called beta-amyloid that build up in the spaces between nerve cells.

The exact role that these plaques and tangles play in the development of Alzheimer's disease is not yet fully understood, but they are believed to somehow have a role in blocking the communication among nerve cells as well as disrupting normal cellular processes required for cell survival.

The destruction and death of nerve cells  in specific regions of the brain are responsible for the characteristic symptoms experienced by patients suffering from Alzheimer's disease.

Multi-infact Dementia is caused by multiple small strokes.  These small strokes may occur without any noticeable symptoms, which is why they are sometimes referred to as "silent strokes".  Over time, however, as more areas of the brain get damaged, the symptoms of dementia may develop.

Multi-infarct Dementia is more common in people with diabetes mellitus, hypertension, coronary heart disease, as well as in those who smoke.

Deterioration of cognition in this form of dementia is typically gradual, with deterioration in a step-wise pattern after each small stroke.

Effects On Family And Loved Ones

Living and caring for a family member struck by dementia can be both physically and emotionally challenging.  It can be very painful watching a loved one slowly deteriorate, becoming a totally different person from his/her former self.  There is also the need to manage possible delusions, hallucinations and depression.  Odd behaviour in public may often prove to be embarrassing for care-givers.  As the condition enters the later stages, constant care will be required, from feeding to dressing, toileting, bathing etc.

In a previous survey of caregivers of demented patients in Singapore, it was reported that as many as 75% experienced symptoms of depression or anxiety.

The decision about institutionalized care is often a very difficult one to make, but is one which should be discussed openly and honestly amongst the family as a whole, with their doctor and social worker.

Routine blood tests are performed to rule out treatable causes, such as vitamin deficiencies, infections or hypothyroidism.  A CT scan or MRI of the brain is also commonly done to yield relevant information, eg. multiple areas of stroke would point to multi-infarct dementia as a cause.  The relevance and benefit of neuroimaging is a much debated topic.  See the Canadian Consensus Conference on the the Assessment of Dementia.

The Diagnostic and Statistical Manual of Mental Disorders (DSM) is the standard classification of mental disorders published by the American Psychiatric Association, that includes all currently recognized mental health disorders.  It is not only used for patient diagnosis and treatment, but is also important for collecting and communicating accurate public health statistics.

Below are the DMS-IV Clinical Criteria for Diagnosis of Dementia

1. Memory impairment (impaired ability to learn new information or to recall previously learned information)
2. One or more of the following cognitive disturbances:

The Canadian Consensus Conference on the Assessment of Dementia

The Canadian Consensus Conference on the Assessment of Dementia

There is no clear consensus among doctors as to whether or not all patients with dementia require some form of imaging studies of the brain.  There is value in neuroimaging in the identification of structural abnormalities eg. strokes, subdural haematomas, tumours and normal pressure hydrocephalus.  One of the most compelling arguments against routine brain scans is the low yield and high cost of the procedure.

The Canadian Consensus Conference on the Assessment of Dementia (CCCAD) has outlined the criteria for undertaking a CT scan, only if certain conditions are met.

CT is recommended if one or more of these criteria are present:

• Patients are less than 60 years of age.

• Recent, significant injury to the head.

• History of cancer, especially of a type or at a site associated with metastasis to the brain.

• Use of anticoagulants (warfarin) or history of bleeding disorders.

• History of urinary incontinence and gait disturbance early in the course of dementia (suggestive of normal pressure hydrocephalus).

• Presence of any new localizing sign on physical examination.

Reality orientation therapy is used to help patients with dementia to become more aware of the surrounding environment and basic everyday information.  Repetition is used to aid the failing memory, and it is essential for family and caregivers to become educated in the importance of this and its administration.

Constantly remind the patient of:

• What time of the the day it is

• What is happening in the surroundings

These reminders should be repeated in daily conversation with the patient eg. today is Tuesday, the 6th of Febuary.  It is 12 pm and we are sitting in the coffee shop having lunch.

Having a large clock and calender prominently displayed in the home is also useful.

Listening to the radio and watching T.V. can aid in orientation.  Keep his/her things in the usual places, keep furniture in the same position.  Display family photographs.  All these serve as memory aids and help in providing a sense of security.

Wandering can be distressing for the family and patient.  Demented patients are not uncommonly found lost and wandering around, and are brought back home by the police.  It is thus important to provide the patient with an identification pendant or bracelet with his/her name and contact numbers.

For night-time wandering, visiting the toilet before bed will reduce the chance of waking up at night to pass urine.  Increasing daytime exercise and activities can also help improve night-time sleep.  Long daytime naps should be discouraged. Dim night lights may assist with orientation should night wakings occur.

Lastly, doors may need to be bolted, and for those who are unable to sleep or who are very confused at night, medication from the doctor may be required.

Unfortunately, no curative medication for dementia is currently available.  Many of the drugs used to treat dementia are often limited by their side effects, short duration of action and the need for frequent monitoring for toxicity.

Some of the drugs used in management of dementia include: acetylcholinesterase inhibitors, N-methyl-D-aspartate blockers.  Drugs are also prescribed to manage depression, anxiety, psychosis and to aid in sleep.