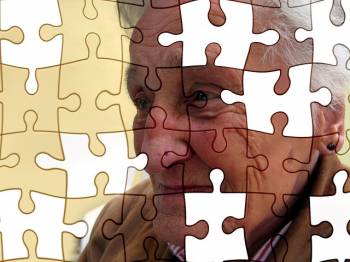 Two studies, presented at the European Society of Cardiology in Amsterdam in September '13, found that high potency statins, commonly prescribed to prevent heart attacks and strokes, were also found to reduce the chance of patients developing dementia by up to two-thirds.

The 1st study of nearly 58,000 patients showed a dose-related inverse relationship between statin use and new-onset non-vascular dementia.  The 2nd smaller study of about 5200 patients with atrial fibrillation, found a lower incidence of dementia in patients taking statins, compared to those who were not.

Dr. Tin-Tse Lin, National Taiwan University Hospital, Hsin-Chu, who presented the first study, pointed out that recent reports of statin-associated cognitive impairment have led the US Food and Drug Administration (FDA) to list statin-induced cognitive changes, especially for the older population, in its safety communications.

According to Dr. Lin, ""Previous studies had considered statin therapy to exert a beneficial effect on dementia. But few large-scale studies have focused on the impact of statins on new-onset, non-vascular dementia in the geriatric population."

"Patients who received the highest total equivalent doses of statins had a 3-fold decrease in the risk of developing dementia."

"To the best of our knowledge, this is the first large-scale, nationwide study to examine the effect of different statins on new onset nonvascular dementia in an elderly population."

Researchers said the strength of the drugs was key to their success in preventing dementia.

"High potency statins such as atorvastatin and rosuvastatin showed a significant inverse association with developing dementia in a dose-response manner."

During a 6-year follow-up, 2.1% of the patients taking statins developed dementia compared with 3.5% of the non-statin group.  This result was found to be statistically significant.