7 Reasons Why You Should Drink Coffee 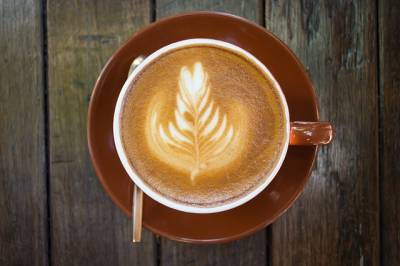 Your morning "cuppa" may do more than just keep you awake.  In recent years, scientists have studied the potential benefits of regular coffee consumption,  and their results have been nothing short of amazing.

Here we list 7 reasons how coffee can be good for you.

Coffee, as we all know it, contains caffeine - a well known stimulant.  Caffeine’s primary mechanism of action in the brain is blocking the inhibitory effects of the neurotransmitter Adenosine.  By blocking this inhibitor, the neuronal firing in the brain actually increases.

So studies which look at how caffeine affects that brain have found improvements in reaction time, memory, vigilance, general cognitive ability and even mood.

2. Coffee Lowers Your Risk of Alzheimer's and Parkinson's

This brain-boosting property of coffee may also extend to the longer term in protecting in the brain in old age. Caffeine in low doses, chronically administered, have been shown in different experimental models to be associated with lower insidence of Alzheimer's Disease.  Some studies estimate that coffee drinkers may have up to 60% reduction in the risk of Alzheimer's and dementia.

Parkinson’s is the second most common neurodegenerative disorder (after Alzheimer's), characterized by death of dopamine-generating neurons in the brain. Studies indicate that higher coffee and caffeine intake is associated with a significantly lower incidence of Parkinson's Disease, which appears to be independent of smoking. The data suggest that the mechanism is related to caffeine intake rather than due to other nutrients contained in coffee.

3. Coffee Can Lower Your Risk Of Developing Type 2 Diabetes

In observational studies, coffee has been repeatedly associated with a lower risk of Type 2 Diabetes. This risk reduction ranges from 23% to 67%.

More recently, Australian researchers looked at 18 studies of nearly 458,000 participants.  Each additional cup of coffee per day lowered the risk of diabetes by 7%. So the more coffee people drank, the lower their risk.  The findings held regardless of sex, weight, or geographic location.

What is it about coffee that offers this protection?  Scientists believe that it is due to the very strong antioxidant capacity of coffee.  Coffee also contains minerals such as magnesium and chromium, which help the body use the hormone insulin.  In type 2 diabetes, the body loses its ability to use insulin and regulate blood sugar effectively.

First, as mentioned above, there's the potential to lower the risk of Type 2 Diabetes. Type 2 Diabetes is a major risk factor for both heart disease and stroke.

Besides that, coffee has also been linked to a lower risk for heart rhythm abnormalities (arrthymias) in both sexes, and lower risk for strokes in women.

In a study involving about 130,000 Kaiser Permanente health plan members, it was found that those who reported drinking 1-3 cups of coffee per day were 20% less likely to be hospitalized for arrhythmias than non-drinkers, regardless of other risk factors.

The evidence of a general cancer protection effect of coffee is weak, but studies consistently show that high coffee consumption is associated with a decreased risk of liver cirrhosis and liver cancer.

Cirrhosis is the end stage of liver damage, where liver tissue has been largely replaced by scar tissue.  Alcoholism and Chronic Hepatitis B are common causes of liver cirrhosis.

Studies have shown that coffee can lower the risk of cirrhosis by as much as 80%, the strongest effect for those who drank 4 or more cups per day.

Studies in Japan have also found that coffee is associated with a significantly lower risk of liver cancer.

Many people still seem to think that coffee is unhealthy. But many studies have linked moderate coffee intake to lower risks of developing various diseases (as mentioned above) eg. diabetes, liver cancer, Parkinson's and Alzheimer's.  They found that not only were coffee drinkers less likely to develop certain diseases, they also tended to live longer.

Over 30 years, non-smokers who drank three to five cups of coffee a day were 15 percent less likely to die of any cause, versus non coffee-drinkers. Interestingly, both regular coffee and decaffeinated coffee were linked to longer survival, so it was something other than caffeine that is in play here.

7. Coffee is Rich in Anti-oxidants and Nutrients

An average cup of coffee contains:

Coffee beans also contain disease-ravaging antioxidants, called quinines, which become more potent after roasting.  Because we are so in love with our coffee and drink a ton of it, coffee has become a major source of antioxidants.