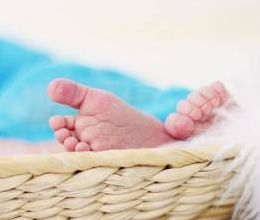 The Hepatitis A virus (HAV) causes acute hepatitis (inflammation of the liver). Symptoms of acute hepatitis include fever, jaundice, nausea, abdominal cramps and occasionally death. The virus is spread via the oro-faecal route ie. via eating of food contaminated with the HAV. This is the virus that can be caught by eating improperly cooked contaminated cockles (commonly confused with the Hepatitis B virus which is transmitted from contaminated blood and intercourse).

H. Influenzae type B is a bacteria which is responsible for millions of deaths worldwide through meningitis and pneumonia. It affects mainly children under the age of five, with those between four and eighteen months being particularly vulnerable. It leaves up to 35% of survivors with permanent disabilities such as mental retardation or deafness.

Common Side Effects:
Redness and swelling over the site of injection.

Chickenpox is caused by the varicella virus. Symptoms include fever and blisters all over the body. The blisters dry up subsequently and become very itchy. It is a typically benign and self-limiting disease which is highly contagious. Complications (secondary bacterial infections, encephalitis and pneumonia) occur more commonly in adults, newborns and in immuno-compromised individuals.

Common Side Effects:
Mild pain and swelling over injection site.

Influenza is a viral infection caused by the Influenza virus. Symptoms include fever, body aches, headache, dry cough, sore throat and slight runny nose. Symptoms are generally self-limiting, and most patients recover on their own. However, in high risk groups (eg. young children, pregnant women, the elderly, and those with chronic medical problems), influenza can lead to a higher rate of complications. These complications include ear infections, sinus infections, bronchitis, pneumonia and even death.

The Influenza A (H1N1-2009) virus is a strain of influenza virus that spreads from human to human, which raised concerns in 2009 about a possible worldwide pandemic. Symptoms are similar to that of seasonal influenza, with severe illness and death reported in a small number.

Dose:
2 doses at least 4 weeks apart are required in children under 10 years of age.

Rotavirus is a virus that infects the gastrointestinal tract causing gastroenteritis. Nearly every child worldwide will have at least one rotavirus infection before their 5th birthday. 1 in 3 hospitalizations due to diarrhoea in Singapore are caused by rotavirus. Infections are most frequent and severe in infants between 3 - 24 months old.

The Human Papillomavirus (HPV) is one of the most common sexually transmitted infection, and certain species of HPV have an association with the development of cervical cancer, genital warts and some less common cancers. The HPV vaccine works by preventing the most common types of HPV that cause cervical cancer. 2 HPV vaccines are currently available: Gardasil and Cervirix.
It is important to remember that even after vaccination, one would still have to go for regular PAP smears.

Dose:
It is indicated for girls between the ages of 9 and 26 years. However, there are studies which suggest that they are effective in preventing cervical cancer for women up to 45 years of age.
3 injections are required over a 6 month period.