An asthma attack is characterised by a sudden worsening of asthma symptoms such as
a. shortness of breath
b. wheezing
c. coughing
d. difficulty breathing

In severe cases (which warrant immediate medical attention), the patient may also experience the following:
a. feelings of panic or extreme anxiety
b. blue lips/face or fingernails
c. sudden outbreak of sweat
d. difficulty speaking more than a few words due to shortness of breath
e. no improvement in symptoms despite use of inhaler or medication
f. tightening of neck and chest muscles

If left untreated, these can spiral and the severity of the symptoms can very quickly escalate causing the patient to lose consciousness and in some cases, even death.

Avoidance of triggers that can set off an asthma attack is therefore an important part of controlling the disease.  Most of us are well aware of the common triggers, such as pollen, dust and fur from household pets, but we may not be aware that the following have also been shown to trigger an attack. 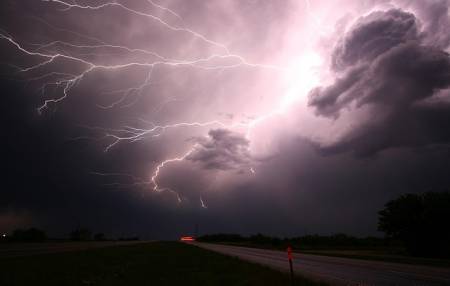 Studies have shown that there is a dramatic increase in the number of emergency cases of asthma following a thunderstorm. Scientists have attributed this to the substantial amounts of pollen grains being released into the air and carried over long distances by strong gusty winds.

In our local context, heavy rain, high humidity and temperature changes over a short period of time can trigger an asthma attack. Attacks are also more common in a dusty environment made worse by heavy traffic fumes and incense smoke.

As it is generally difficult to avoid such triggers completely, regular use of nasal corticosteroid sprays or inhalers has been found to be useful in preventing or reducing the severity of asthma attacks.

Laughing too hard or intense crying can also trigger an attack as it can substantially change the breathing patterns and restrict airflow. Stress has also been known to trigger asthma attacks. Whilst stress does not cause the onset of asthma, it can make the symptoms of an asthmatic patient worse. This is because stress and anxiety can cause the release of certain chemicals such as histamine and leukotrienes which can cause the narrowing of the airways.

Certain food additives like preservatives, colourings and flavours have been known to trigger asthma attacks. Spices like cinnamon and garlic are among some of the more common allergens. Sulphites in wine and nitrates in processed meats can also cause problems for those sensitive to them.

So if you know that it can be a trigger for you, be sure to read the food labels carefully or check with the waiter first before placing your order.

If you are unsure about which food additives might be causing the problem for you, you may do well to get a skin prick or consult an allergist who can get you tested and identify all the possible foods to avoid.

Patients who suffer from heartburn or gastroesophageal reflux disease (GERD) are also prone to asthma attacks. It is also been found that heartburn and asthma attacks can occur together and exacerbate each other. This is because the acid which backs up into the oesophagus irritates the airways, causing a hyper-reaction. One of the ways of preventing or reducing the severity of asthma attacks in these cases is to treat the acid reflux.

Avoiding fatty foods, tobacco or alcohol may help reduce acid reflux. If symptoms do not improve, doctors will usually prescribe medications to help manage the condition.

Air fresheners and fragrances have been known to trigger asthma attacks so the next time you experience wheezing, coughing or tightness of breath when you introduce these into your surroundings, be sure to take note of the kinds that you should avoid or avoid them altogether. If you know that you have particularly sensitive airways, choose “green” paints which have low volatile organic compounds (VOCs) and other chemicals.