12 Things That Cause Liver Disease 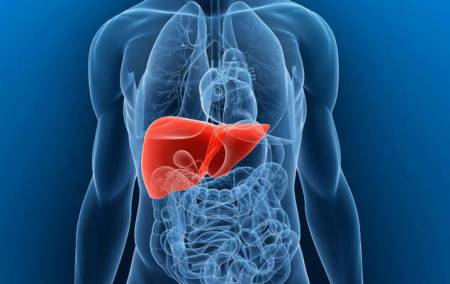 Too much sugar isn’t just bad for your teeth, it is bad for your liver as well. The liver uses fructose, a carbohydrate, to create fat in a process called lipogenesis. If there is excessive amounts of fructose, tiny droplets of fat begin to accumulate in the liver cells, resulting in a condition known as non-alcoholic fatty liver disease (NAFLD). Some studies show that sugar can be as damaging to the liver as alcohol.

Research shows that people who drink a lot of soft drinks are more likely to have NAFLD.  The ingredient in soft drinks which is chiefly responsible for causing liver damage is fructose (explained in point 1).  What about diet drinks? They do not contain fructose, but instead contain aspartame and caramel colourants.  These can also increase insulin resistance and induce fatty liver development. So, going for diet drinks aren't much better for your liver.

Supplements and traditional medicines are often viewed as being safer than Western medicines because they are believed to be more "natural". However,  the proportion of liver injuries caused by herbal and dietary supplements has risen from 7% in 2004 to 20% in 2013, according to a July 2015 report in the World Journal of Hepatology.

One of the major roles of the liver, is to act as a filter for ingested toxins, breaking them down into non-toxic components.  However, because of this role, the liver cells, end up coming into contact with these toxins and can themselves be damaged by them.

Obesity increases insulin resistance, and this in turn leads to fat build up in the liver cells, resulting in NAFLD. This causes the liver to swell and over time, harden and scar, resulting in what is known as liver cirrhosis.  Patients with cirrhosis caused by NAFLD  may also be at risk of developing liver cancer (hepatocellular carcinoma).  Exercise and dieting to reduce weight can help reverse the liver damage.

Vitamin A is a fat soluble vitamin, which means that if you consume excessive amounts of it, it gets stored in your body, rather than just excreted in the urine.  Your body needs vitamin A, and get it naturally from fresh fruit and vegetables, especially those that are red, orange, and yellow in colour.  However, if you consume supplements which are high in vitamin A, excessive amounts of it can accumulate and damage the liver.

Paracetamol, or acetaminophen, is one of the most common over-the-counter pain-relievers.  It is also taken to manage fevers.  If taken in excessive quantities, it can damage the liver, so check that you are taking the correct dosing.  Be especially careful with children, as their doses are reduced, based on their body weight.  If unsure, always check with your doctor.

Trans fats are a man-made fat commonly found in packaged foods, fast foods, and other processed foods. Recent studies have found that two common ingredients — trans fats and high fructose corn syrup (covered earlier) — are the major factors which have lead to the skyrocketing number of people with NAFLD.  Always check the ingredients list.  If a serving contains less than half a gram, it doesn’t have to be listed. So even if it says “0” grams of trans fat, it may still contain a small amount, and can add up, if taken in large quantities.

Hepatitis refers to an inflammatory condition of the liver. It is most commonly caused by a viral infection (Hepatits A, B or C), but there are other non-infective causes of hepatitis, such as autoimmune hepatitis and hepatitis that occurs as result of medications, drugs, toxins, and alcohol.

Many heavy drinkers progress from fatty liver disease to alcoholic hepatitis to liver cirrhosis over time.  Even occasional binge drinking can be harmful. If you need to drink, try spreading it evenly over three or more days, ideally with several alcohol-free days a week.

Your body needs some salt, but modern diets tend to contain a lot more than required.  Researchers suggest that the mechanism through which excessive salt may cause liver damage and fibrosis, is through oxidative stress. This oxidative stress cause inflammation of liver cells and promote cell death, leading to progressive fibrosis.  There are some easy things you can do to reduce your salt intake such as making it a habit to read food labels, preparing your own meals, avoiding processed foods but choosing fresh meats, fruit and vegetables instead.

Smoking is harmful to virtually every organ in your body. Though cigarette smoke does not come into direct contact with the liver, the chemicals in cigarette smoke eventually make their way to the liver, causing oxidative stress on the liver, which leads to eventual damage and fibrosis.

Close to 50% of patients with diabetes, develop NAFLD.  Other medical conditions, such as obesity, high cholesterol and high blood pressure, also increases your risk of NAFLD, so the best thing that you can do for your liver, is to work with your doctor to get your sugar and cholesterol levels, blood pressure and weight under control.