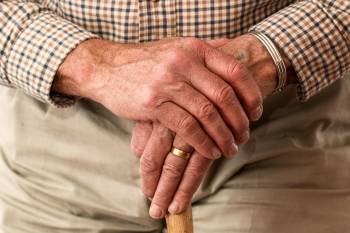 With increasing awareness, men are seeing their doctors with complaints such as excessive fatigue, depression , lost of interest in sex etc ... all common symptoms of a drop in testosterone levels.  This is also sometimes referred to as the male menopause, or Andropause.

Testosterone is a hormone primarily produced by the testes.  In men, testosterone plays a key role in the development of male reproductive tissues such as the testis and prostate as well as promoting secondary sexual characteristics such as increased muscle, bone mass, and the growth of body hair.  In addition, testosterone is essential for health and well-being as well as the prevention of osteoporosis .  It is the force behind a man's sex drive.

With advancing age, some men may begin to experience a gradual decline in testosterone levels.  With a drop in levels, there may be the accompanying symptoms such as:

As one would notice from the list above, low testosterone produces very non-specific symptoms, which are mirrored by other common medical problems.  For a long while, doctors were not attributing these symptoms to low testosterone levels, but to hypertension, diabetes, depression and so on.  But with increasing awareness, it may well be that testosterone is at the root of many problems.

What Are The Causes Of Low Testosterone?

When the problem lies in the organs that produce testosterone, i.e. the testes and ovaries (yes, the ovaries also do produce small amounts of testosterone), it is called "Primary Hypogonadism". ("gonads" are the medical term for the sex organs)

Some common causes of Primary Hypogonadism:

• Undescended testicles: In this condition, the testes fail to migrate from the abdomen into the scrotum during fetal development, and as a result of the warmer temperatures within the abdominal cavity, the testes become damaged and are unable to produce adequate amounts of testosterone.

• Injury to the testes: If the testes are injured, either physically, or due to disease (eg. orchitis in mumps), they may not be able to produce adequate testosterone.

• Cancer therapy: Chemotherapy and radiation therapy can damage the cells in the testes responsible for testosterone production.

Causes of Secondary and Tertiary Hypogonadism include:

• Tumours in the brain

• Compromised blood flow to the pituitary or hypothalamus

How Is It Diagnosed?

Your doctor will ask you about your symptoms, and proceed to conduct a physical examination, before ordering blood tests to determine your testosterone levels.  The level of testosterone varies depending upon the time of day, and most often, early morning testosterone levels are measured.

Based upon your doctor's suspicions, further tests may be done to determine whether it is a case of primary, secondary or tertiary hypogonadism.

How Is It Treated?