Allergic Rhinitis is an allergic inflammation of the nasal airways, giving rise to symptoms such as runny nose, blocked nose and sneezing.  These symptoms are very familiar to most of us, and are most commonly due to infections (such as in the common cold, influenza or bacterial rhinosinusitis) or allergies (as in allergic rhinitis discussed in this article).

Allergic rhinitis is also commonly referred to in the West, as "hay fever".  Hay fever, is in fact, a misnomer, because hay is not the usual cause, and there is no fever associated with the condition.  Hence, the preferred, and more accurate term is "allergic rhinitis".

WHAT ARE THE SYMPTOMS? 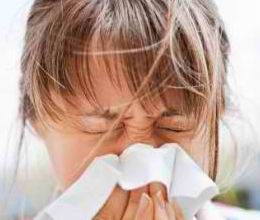 Symptoms of allergic rhinitis include nasal congestion, clear runny nose, sneezing, itchy nose and eyes, as well as tearing of the eyes.  Sometimes, a post-nasal drip can occur and this can lead to coughing, especially at night and on lying down.

Loss of smell occurs commonly and this may be associated with a loss of taste.  With severe nasal symptoms, the superficial blood vessels in the "Little's area" can sometimes burst, resulting in nose bleeding (see article on "epistaxis").

Allergic rhinitis is often associated with other "allergic" conditions, such as asthma, allergic conjunctivitis and eczema.  There is also usually a family history of atopy (allergies).

An allergic reaction occurs when the body's immune system attacks a usually harmless substance (known as an "antigen") which the body comes into contact with.  Both genetics and environmental factors may contribute to the predisposition to allergies.

When an antigen presents itself to the body's immune system, it is treated as a foreign "invading force", and the body mounts its defense to protect itself.  The immune system produces a substance known as Immunoglobulin E (or IgE for short), to fight off the invaders.  In an allergic person, this immune response is somewhat exaggerated, with an excessive amount of IgE being produced.

As it is in most battles, innocent bystanders also get unwittingly targeted.  And so it is in this case, the innocent bystanders being the body's mast cells, which also end up getting injured.  Injury to these so called mast cells result in chemicals, such as histamine, being released.  It is these chemicals that cause the itching, swelling and leakage of fluid from the cells.  They are also responsible for the contraction of the smooth muscles lining the airways which give rise to shortness of breath and wheezing seen in asthma.

Allergic rhinitis is managed like most other allergic conditions ie. identify and avoid the offending allergens, and manage the symptoms. The most effective way of reducing the symptoms of allergic rhinitis, is complete allergen avoidance.  This, however, can often prove to be difficult.

Someone having symptoms of allergic rhinitis should consult their doctor/specialist.  Sometimes, by taking a detailed history, doctors are able to identify possible allergens.   Because identification of allergens is important and is not always easy to pinpoint, skin testing is often needed to identify the specific substance causing the allergy.

House dust mite is a universal allergen.  Whilst there is no single most effective method, the following steps, in combination, can help reduce exposure to mite allergens.

Avoid keeping animals that shed fur.  Animal dander is a well known trigger for allergic rhinits.  If you already own an animal or are keen on keeping one, keep your pet away from your bedding and bathe your pet regularly.

Many homes have cockroaches and other insects which may potentially trigger allergic rhinitis.

• Use cockroach baits and traps.

• Insecticides may be used, but not in the presence of those who have allergies.  Ensure that rooms are adequately aired before entering them.

The range of occupational sensitizers is very large and complex, and will require assessment by a specialist.

Decongestants - shrink the swollen nasal mucous membranes and make it easier to breath.  These may come in oral preparations or as nasal sprays.  Decongestants cause the so-called "rebound effect" if taken for too long.  This rebound effect refers to the worsening of symptoms when the drug is discontinued, and it occurs because of tissue dependence on the drug.

Steroids - these are available in oral form or as nasal sprays.  Oral steroids, such as prednisolone, have a rapid onset of action, but are limited by their short duration of action, and the side-effects of prolonged steroid therapy.  Steroid nasal sprays, on the other hand, are safe and effective, but needs to be used regularly over time for their theraputic effect to build up.  Improvement in symptoms of allergic rhinits are usually seen only after about one to two weeks of regular use of steroid nasal sprays.  Steroids are very effective because they halt the formation of inflammatory chemicals produced by the body's immune system.

Montelukast (Singulair) is a leukotriene receptor antagonist, meaning that it blocks the action of leukotrienes, another chemical involved in allergic reactions.  It has been approved for use in both asthma and allergic rhinitis.

Immunotherapy - immunotherapy, also known as allergy desensitization, treats the root cause of the problem, the hypersensitivity of the body's immune system to a particular antigen.  This is done by stimulating the immune system with gradually increasing doses of the known allergen.  It works by gradually "desensitizing" the body by reducing the strength of the IgE and its effect on the mast cells.  Allergy immunotherapy usually requires frequent treatment sessions at the specialist clinic and takes several months to a year to become effective.

Surgery does not cure allergic rhinitis, but is sometimes required to correct a physical defect in the nose or sinuses which can make allergic rhinitis more difficult to treat.  This is considered as a treatment option when medical treatments have failed.

Possible surgeries include removal of nasal polyps and correction of a deviated nasal septum.  Surgery may also be required to manage the complications which sometimes arise with allergic rhinitis.  These would include drainage of fluid from the middle ear and drainage of sinuses.

Although surgery does not cure allergic rhinitis, you may need it to fix a physical defect of the nose or sinuses. Problems such as these can make allergic rhinitis more difficult to treat. You and your doctor should not consider surgery unless other treatments have failed.