1. Breast Milk is Best for your Baby! 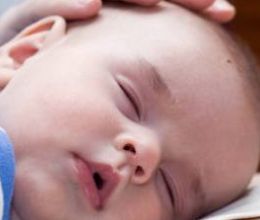 The wonderful thing about breast milk is that its constitution changes constantly to meet your baby's needs.

During the first two to three days after birth, the breast produces colostrum. Colostrum is the initial thick yellowish fluid secreted by your breasts before the milk comes in. It is loaded with antibodies that protects your newborn against disease. Secretory immunoglobulin A (IgA) (which is present in large amounts in colostrum and in lower concentrations in mature breast milk) forms a protective layer on the mucous membranes in your baby's intestines, nose, and throat, leaving your baby less susceptible to a whole list of ailments, like stomach viruses, lower respiratory illnesses, ear infections, and even meningitis. Colostrum also contains growth factors and high concentrations of leukocytes or protective white cells which can destroy disease-causing bacteria and viruses.

As newborns have very small digestive systems, colostrum is produced in small quantities (measurable in teaspoons rather than ounces) but is highly concentrated and extremely easy to digest. It is very rich in proteins and contains all that your newborn needs during this initial stage of life. Colostrum also has a laxative effect which encourages your baby to pass his early stools. This helps in the excretion of excess bilirubin from your baby's system which is primarily responsible for causing jaundice.
Thus, even if you are not able to breastfeed for an extended period of time, your baby would have benefitted greatly just by ingesting the colostrum produced by you during the early days.

The colostrum gradually changes to mature milk around the third or fourth day after birth. Your milk will then increase in volume to meet the needs of your growing baby who is now ready to consume milk in larger quantities. Mature milk generally appears thinner and whiter in colour.

The constitution of mature milk also changes during the course of a feed, from the lower-fat "foremilk" to the high-fat, creamier milk that follows in "hindmilk", something that no artificial formula milk will ever be able to mirror. When the baby starts to nurse, the foremilk, which is higher in volume but lower in fat and calories, quenches his thirst Hindmilk, in contrast, is high in fat, high in calories and low in volume. It is therefore important to allow your baby to nurse long enough on one breast until he receives the hind milk that he needs before switching him to the next breast.

Some studies have shown that breast milk can protect your baby against developing allergies while others have shown a link between exclusive breastfeeding and the cognitive development of breastfed babies. Results of these studies have shown that babies who are breastfed exclusively showed significantly improvement in cognitive development and perform better in intelligence tests. Some scientists have attributed this to the fatty acids found in breast milk.

Studies have also shown that breastfeeding reduces a child's risk of becoming overweight as a teen or adult. The strongest effect was found in children who were exclusively breastfed, and the longer the baby was breastfed the stronger the link.

Breastfeeding does help in spacing your births but is not a foolproof method of contraception. Breastfeeding is largely reliable in offering some protection especially during the first six months after birth but only if you are breastfeeding exclusively. After baby is slowly weaned onto solids, typically after the first six months, the protection is less, but still present. On the average, women who continue to breastfeed into the second year of life will have a baby every two years even without any artificial method of contraception.

Some studies have shown that breastfeeding helps in the prevention of certain cancers like uterine, cervical and ovarian cancers as well as breast cancer. A study by Yale University researchers showed that women who breastfed for two years or longer reduced their risk of breast cancer by 50 percent. Generally, studies have found that the longer women breastfeed, the more they are protected against breast and ovarian cancer.

Breastfeeding is also said to relieve stress and help the mother regain her weight and figure more quickly. Breastfeeding also allows mother and child ample opportunity to spend one on one time and to bond with each other.