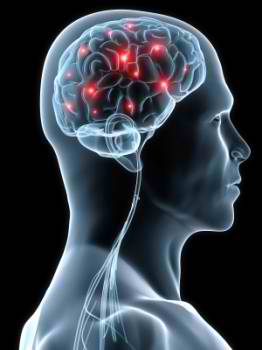 Epilepsy is neurological condition in which there is a tendency to recurrence of seizures.  Seizures refer to abnormal movement or behavior due to unusual electrical activity in the brain.  Epilepsy is a fairly common condition affecting both sexes equally and tends to run in families.  Famous people who are known to have epilepsy include Thomas Edison, Handel and Julius Caesar.

Epilepsy occurs as a result of abnormal electrical activity originating from the brain.  Brain cells normally communicate via electrical signals sent out in a coordinated and orderly pattern.  In the case of epilepsy, so called "electrical storms" occur in the brain, resulting in these normally coordinated signals to go into sudden disarray.  It  is these electrical storms that produce the seizures that are observed.  These surges in electrical activity may occur in localized parts of the brain, or may be generalized, depending on the type of seizure.

Based on the nature of seizures and brain electrical activity, seizures are divided into two broad groups: generalized and partial (also known as focal seizures).

Symptoms of epilepsy will largely depend on the type of epilepsy.  Below are listed commonly experience symptoms which may be experienced or observed.

To the observer, the person experiencing a generalized tonic-clonic seizure (previously known as Grand Mal seizures),  may cry out or make some sound before stiffening and falling to the ground, if initially in an upright position.  This is followed by rhythmic movements of the arms and legs.  These seizure attacks usually lasts for several minutes, afterwhich the rhythmic movements slow down and eventually stop.

During the seizure, the person's eyes are generally open with the eyes sometimes rolled in an upward direction.  There may be involuntary loss of bladder or bowel control resulting in urinary or faecal incontinence.  The person may appear to not be breathing and is not responsive to call or instruction.  The person is generally unaware of the seizure episode and consciousness slowly returns after the end of the seizure.  There may be a brief period of confusion following a seizure.

Sometimes the person experiencing a partial seizure may be confused or dazed.  This may represent a partial complex seizure.

Petit mal seizures are most common in childhood.  Typically, these seizures are brief, lasting only several seconds.  During these seizure episodes, there is a sudden impairment of consciousness, and the child will seem to suddenly lose focus and star blankly into space.  Sometimes there may be repetitive blinking or other small movements during the seizure attack.

Are you at Increased Risk of developing Epilepsy?

Your risk for developing epilepsy increases with the following:

What are the Possible Triggers of a Seizure?

Some of the more common triggers are:

It is essential to ensure a proper diagnosis before moving on identify appropriate treatment for controlling the seizures.  Your doctor (generally a neurologist) will need to conduct a thorough medical interview and physical examination.  This will generally be followed by some investigations.

The following will need to be determined:

1. Was the event a true seizure? Certain conditions may appear to be seizures when in fact they are not eg. muscle twitches, migraine headaches, psychogenic seizures.  These non-seizure conditions will not benefit from anti-epileptic medication, and taking these medication would only pose unnecessary risks.

2. If you are having seizures, was it caused by epilepsy or was there some underlying attributable cause? Certain conditions such as fever in young children (known as febrile seizures), electrolyte imbalances, certain medication etc. may cause seizures.  These conditions generally do not warrant taking of anti-epileptic medication.

3. What types of seizures are you having? Depending on the type of seizure (ie. generalized or partial), treatment may differ.

Your doctor may order some of the following tests in investigating your seizures:

Laboratory tests to check for signs of infection, diabetes, abnormal electrolyte levels (such as magnesium, potassium, and calcium), signs of kidney or liver malfunction, presence of toxins or evidence of illicit drug use etc.

Sometimes a lumbar puncture (sometimes called a spinal tap) may be performed.  This allows analysis of spinal fluid for the evaluation of conditions such as meningitis and encephalitis.

Magnetic resonance imaging (MRI) and computed tomography (CT) are imaging tests that allow a doctor to view possible structural lesions in the brain.  For instance, a MRI or CT scan of the brain may reveal scar tissue, tumours or structural abnormalities, which may the the cause of epilepsy.  Some localized structural lesions may be amenable to treatment.

Oral medication is the mainstay of treating epilepsy.  However, certain types of epilepsy may benefit from surgical therapy.

For most people with epilepsy, drugs are used to control and prevent seizure attacks.  The type of medication prescribed will depend on the type of epilepsy, as well as factors specific to each patient, such as age, side effects, co-existing illnesses etc.

It may take several months before the best drug and dosage are determined for you.  During this period, it is very important for you to keep to your scheduled appointments with your doctor.  Blood tests will also need to be done to monitor your response to the medication.  Communicate with your doctor whatever side effects you may be experiencing (if any) from medication.  The goal is to seek a drug regime with can provide adequate seizure control with acceptable side-effects.

Surgery is sometimes performed on the brain to control seizures and improve the seizure sufferer's quality of life.  Basically, there are two main types of surgery: (i) surgery which removes the area of the brain responsible for the seizures, and (ii) surgery to interrupt the nerve pathways through which seizure impulses spread.

Surgery is considered only if there is a seizure focus has been clearly identified, and if that focus area of the brain is not responsible for any critical functions.  Your neurologist or neurosurgeon will have to conduct extensive testing and evaluation to determine if surgery is an appropriate option for you.  The risks and benefits of surgery will also need to be explained.