New Technology is Making a Difference in Cancer Treatment 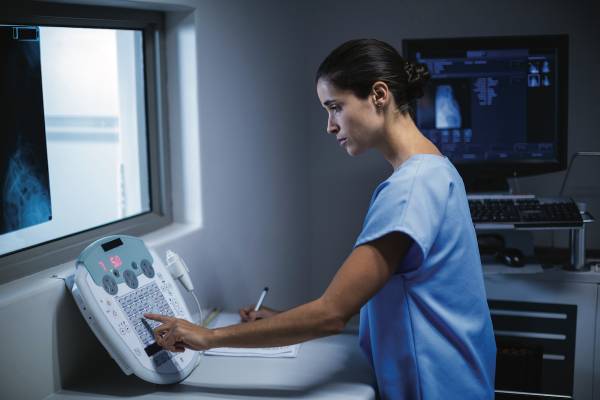 Advances in medical technology have led to treatment breakthroughs in the field of radiation oncology. Dr Ivan Tham, Senior Consultant, Radiation Oncology explains some of the new arsenal of treatments available and how patients can benefit from them.

Remember the days before smartphones? We were able to call and text, but the functions of a handphone back then was generally limited.

For radiation oncologists, IMRT was the technique that transformed the field and brought it into the ‘smartphone’ era. While we still use radiation to kill cancer, we can harness newer technologies to deliver treatment plans more effectively with fewer side effects.

In the past, radiation therapy (RT) involved aiming 2–4 beams at the target, and making minor modifications to shield healthy organs or boost the radiation dose to the tumour. However, there were limitations to how treatment can be delivered, especially for large, irregularly shaped targets.

Thanks to the rapid increase in computing power over the past decades, specialised software was developed to perform treatment planning. Rather than manually deciding on the beam directions, we would designate targets in the body and allow the computer algorithms to identify the best possible beam directions and intensities.

This technique, called IMRT, was introduced in 2002 and was used to treat nasopharyngeal cancer. Two decades later, it is now the standard of care for many cancer types.

IGRT adds imaging to RT to improve the accuracy of treatment. With the help of IGRT, a high dose of radiation can be delivered to the target, with a much lower dose just 2–3 mm away. This leaves a very narrow margin of error during treatment.

SRS and SBRT are specialised techniques based on the principles of IMRT/IGRT. They involve large doses of radiation focused on small tumour targets, with treatment completed in only 1–8 treatment sessions.

These techniques can provide good disease control for the brain (SRS) or the rest of the body (SBRT). However, because of the high doses used, not all patients are suitable to receive this treatment. For example, large tumours adjacent to critical structures may require IMRT/IGRT rather than SBRT.

Proton Beam Therapy (PBT) is a form of RT where high-energy protons are used instead of high-energy X-rays. Protons are positively charged particles with special physical properties that allow radiation delivery to be more targeted.

PBT can treat many cancers, and is also often delivered in combination with other treatments such as surgery, chemotherapy, immunotherapy or hormonal therapy.

The potential benefit of PBT over X-ray RT may vary from patient to patient, depending on the tumour location and other disease characteristics. The major advantage of PBT over X-ray RT is that surrounding healthy organs will generally get a lower dose of radiation, and in turn reduce the risk of side effects.

PBT is generally preferred for paediatric cancer patients as they are more sensitive to the long-term effects of radiation. For adults, PBT is mainly used in:

Improvements in technology in recent decades have allowed PBT to become more widely available for clinical use. In Singapore, we will have three operational PBT centres by 2023, including one at Mt Elizabeth Novena Hospital.

Flash RT is a new technology where the radiation dose is delivered faster (by about 400 times). In the first clinical case that used flash RT, treatment was completed in 90 ms.

This technology can be applied to X-ray RT, electron RT or PBT.

Cell and animal experiments have shown that quicker radiation delivery can reduce side effects while maintaining effectiveness. One hypothesis is that oxygen is quickly depleted by flash RT, which seems to protect normal tissue from injury, but not tumour cells. Another hypothesis is that flash RT injures fewer circulating white blood cells compared to standard RT, which would help preserve the immune system to fight disease.

While this technology is promising, it is still new. More research needs to be done to see how it can be best implemented for patients.

AI enables computers to perform complex tasks such as visual perception and pattern recognition. This technology helps with problem solving and decision making, with many potential medical applications.

AI allows radiation oncologists to adapt and modify treatment while the patient is in the treatment room. This helps to maintain pinpoint accuracy despite day-to-day variations of the tumour location. Other potential applications include improving image resolution, decision support and prediction of long-term treatment outcomes.

There are many treatment options available nowadays, from new surgical techniques to new immunotherapy drugs and RT techniques. All of them have a role to play—different treatments are required at different points of the patient’s journey, so there is no ‘one size fits all’ strategy. With a multidisciplinary team approach, we can offer a personalised treatment plan that caters to patients’ individual care needs and expectations.