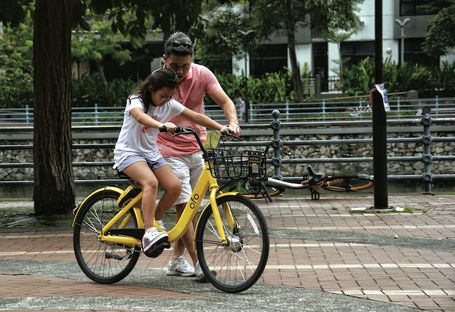 Is cancer genetic or environmental? "Genetics loads the gun, but lifestyle pulls the trigger", shares Dr Tan Min Han. He began the webinar with an introduction to genetic testing, explaining that understanding what is "loaded", and how we find out and prevent it, can help us understand how genetics play a role in cancer.

He likened human DNA to a "book of life" comprising 20,000 pages that we pass on to our children. Using this metaphor, he explained that genetic mutations in 3-letter DNAs can be compared to any letter change in a sentence that impacts the sentence's meaning. Such mutations account for human variations such as blood groups, eye colours, and diseases such as breast cancer.

However, not all of these changes are due to genetics, and not all diseases are caused only by genetics. As medicine does not yet have a complete understanding of meaning in the "book of life", it is not an accurate language to tell the likely outcome of mutations. Furthermore, diseases are attributed to a combination of genetics and lifestyle.

He warned that key issues include: varying quality of technologies; need to double check gene variants for action; and different interpretations and standards on risk and diagnosis depending on sample source. As this impacts health, his take-home message is that ordering and interpretation by physicians, genetics or qualified genetic counsellors are recommended for any healthcare decisions.

Dr See continued by highlighting the difficulty of giving a turnkey solution to patients because of the wide variety of lifestyles and interpretations of genetics.

During an era of personalised therapeutics, treatment approaches vary from cancer to cancer. Breast cancer, for instance, traditionally involves personalised predictive and prognostic factoring that looks at the cancer's histology, immunohistochemistry and genetic testing.

The last decade saw the more modern use of genetic array testing, to determine the benefit of chemotherapy; next-generation sequencing, which involves somatic gene testing of the solid tumor; and somatic blood testing of circulating DNA of the tumor, to determine specific mutations to target.

Dr See shared that firstly, in diagnostics, next-generation sequencing helps find an actionable target. Generally, the greater number of targets found, the more possible medications directed at that type of mutation. An example of targets that resulted in positive benefits is homologous recombination deficiency.

Secondly, the difference between somatic and genetic testing is that somatic mutations may not be inheritable. Hence, somatic testing may lead to the determination of a genetic mutation, which would be followed up by genetic counselling, that would in turn determine whether genetic testing would be beneficial.

Dr Chia continued the webinar with a presentation on the surgical approach to reducing risk in hereditary ovarian cancer syndromes.

Unfortunately, there are no effective screening tools for early cancer diagnosis or prevention, and no treatment modalities have shown to significantly reduce mortality rate. This is where RRS becomes key.

Dr Chia explained that ovarian cancer comprises 5 different subtypes. The most common is known as epithelial ovarian cancer (EOC), a high grade serous ovarian cancer. It is thought that EOC does not start from the ovary, but from the ends of the fallopian tube, gradually spreading to the ovary surface and peritoneum.

rrBSO involves the surgical removal of fallopian tubes as well as ovaries. Hysterectomy, or the removal of the uterus, may be considered in those with Lynch syndrome. Unfortunately, there is a plateau of survival curves despite innovations in treatment.

When to do it?
For BRCA carriers:
• 5-10 years prior to age of onset of cancer
• Preferably 35-40 years old or as soon as childbearing is complete

Before surgery, doctors will discuss alternatives to surgery such as chemoprophylaxis. They will also discuss consequences of surgery such as infertility, premature menopause, and for younger patients, the possibility of egg/embryo preservation and future in-vitro fertilisation (IVF).

However, Dr Chia warned there is still a 1.7% risk of primary peritoneal cancer and discovering already-existing cancer during surgery.

For average risk patients, prophylactic salpingectomy, or removal of fallopian tubes only, is recommended as opportunistic surgery. Compared to rrBSO and hysterectomy, advantage includes ovarian conservation and hence no loss of ovarian hormonal function.

Dr Tan Yah Yuen continued the discussion with an overview of RRM. RRM can be considered in two groups of people: BRCA 1/2 carriers and women diagnosed with unilateral breast cancer. RRM reduces risk by 90% in the former, while survival rates for the later are impacted by prognosis of diagnosed breast cancer.

RRM involves nipple sparing, where the nipple and skin envelope of the breast are preserved. However, there is significant loss of sensation of skin and nipple, with 10-20% surgical risk of nipple necrosis due to loss of blood supply.

Dr Tan concluded by emphasising that RRM comes with advantages and disadvantages. For example, breast reconstruction is not perfect and can result in psychosocial and quality-of-life issues. Most importantly, RRM does not reduce cancer risk to zero as the benefit depends on the type of genetic mutation and risk, and prior history of breast cancer. As such, it benefits some patients, but not all.

To wrap up the webinar, the panel discussed a case study of two breast cancer patients with community-based saliva DNA testing that showed no increased cancer risk.

According to Dr Tan Min Han, there is risk in relying on consumer-grade testing to estimate cancer risk due to the quality and completeness of the tests. He added that such tests come with possibilities of false positives or negatives, but generally, a negative result can create false reassurance that an individual is not at elevated risk and hence does not require further investigation.

Dr See agreed, describing consumer-grade tests as at most "entertaining", and warned that in the exclusion of a physician, such tests are not recommended for making healthcare decisions.

Another case of a 38-year old with Stage 3 endometrial cancer with a strong family history of cancer in the family drew attention to another cultural issue common in society: declining genetic testing or refusing screening.

Dr Tan Min Han responded by highlighting that one's view of genetic testing is driven by society, religion, and individual personalities. Whether patients prefer preparing ahead, or believe ignorance is bliss, there is no one-stop solution for everyone, and all decisions should be respected.

He concluded by reminding participants that everyone's lives are affected by genetics, and ultimately genetics provides options for those who choose to take greater control over their health.