If you don’t get enough sleep on a regular basis, you are at increased risk of a heart attack.  In one study, researchers found that people who usually slept fewer than 6 hours a night were twice as likely to have a heart attack as those who slept 6 to 8 hours. The exact mechanism behind why this might be so is not clear, but doctors believe it may be related to the fact that lack of sleep raises ones blood pressure and increases inflammation.  Neither of these is good for your heart.

(Ref: Sleep Duration as a Risk Factor for Cardiovascular Disease) 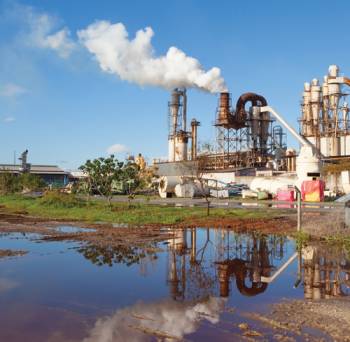 Heart attacks are more common when air pollution levels are high.  Extremely small particles of pollution have the potential to evade the lungs' protective filter system and end up deep in the body.   It is believed that these particles could then build up in blood vessels and raise the risk of heart disease.  Getting stuck in traffic with your windows down can be particularly harmful, because you end up combining breathing in exhaust fumes while feeling angry and frustrated.

(Ref: Research shows how air pollution can affect our hearts)

A second or third serving can hurt more than your waistline. Research has shown that when you eat a large meal, it raises the level of the stress hormone norepinephrine.  This raises your blood pressure and heart rate, and may trigger a heart attack in some people. So, for those who love buffets, think twice before you gorge.

4. Extremes of Emotions and Physical Exertion

Studies have found that the risk of a heart attack within an hour doubled if a patient was angry or emotionally upset.  The risk more than tripled if someone was upset or angry and engaged in heavy physical exertion.

Whilst regular physical activity certainly has many health benefits, including the prevention of heart disease, blowing off steam by extreme physical activity when one is upset, does appear to significantly increase the risk of a heart attack.

Researchers believe that flu causes an acute inflammation in the body which, in some patients, can destabilize atherosclerotic plaques in coronary arteries and cause heart attacks. In one study, those with respiratory infections were twice as likely to have a heart attack.   Heart attack rates are also known to be higher during flu outbreaks -- another good reason to get the flu vaccination.

Those who develop asthma as adults may face a higher-than-average risk of heart disease.  One study found that those with asthma who require daily controller medication are 60% more likely to have a heart attack within a 10-year period. Also those with active asthma and those who have sought treatment for asthma within the previous year, are twice as likely to have a heart attack than those without active asthma.

(Ref: Having asthma could double your risk of a heart attack)

Studies have shown that rates of heart attacks go up after disasters (both made-made and natural). For example, the Hanshin-Awaji earthquake on 17th Jan 1995, resulted in a 3-fold increase of myocardial infarctions in people living close to the epicenter, particularly in women, with most of the attacks occurring at night.

(Ref: Disasters and the Heart)

Some studies have found that sexual activity, like other forms of physical exercise, has been linked to an increase in heart attack risk. But the increase in risk is very small, especially if you’re physically fit and in good health. For most people, sex can and should be a healthy and important part of life. If you have issues concerning your heart, do talk to you doctor before engaging in sexual activity.

(Ref: Why sex can raise risk of heart attacks)

Playing sports and even just watching them can trigger a heart attack.  In 2006, heart attacks in Germany spiked during the national team’s World Cup soccer games. When there is an intense game, some fans have a very strong emotional response which increases the sympathetic nervous system output and adrenaline levels.  This can increase heart rate, blood pressure, cause localized vasoconstriction, and sometimes arrhythmias (abnormal heart rhythm) - thereby triggering a heart attack.

Excessive alcohol over time raises your blood pressure, increases your LDL ("bad") cholesterol levels, and cause you to gain weight.  All of which are bad for your heart.