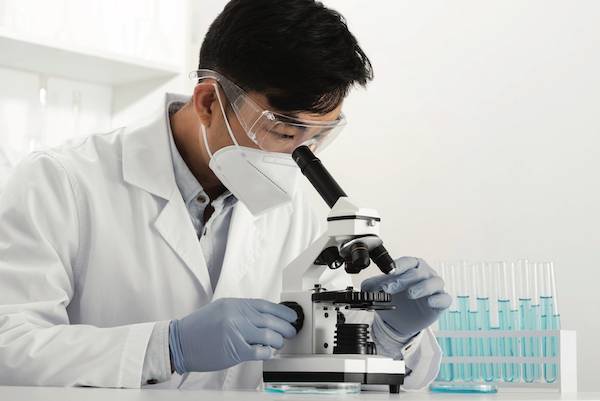 Renal cell carcinoma (RCC) is the most common type of kidney cancer, accounting for 9 in 10 cases. As advances in research lead to new developments, Dr Wong Siew Wei, Senior Consultant, Medical Oncology explains how the latest discoveries are marking the dawn of a new era in RCC treatment.

Kidney cancer refers to the uncontrolled growth of cells beginning in the kidney.

There are several subtypes of RCC, based on the cancer cell type:
- Clear cell RCC is the most common subtype, accounting for 7 in 10 cases of RCC.
- Non-clear cell RCC include a group of less common RCC subtypes such as papillary, chromophone, collecting duct, and more.

Surgery is the mainstay of treatment for RCC that has not spread to distant organs. Depending on the stage of the disease, the location of the tumour, and other patient factors, surgery generally involves the removal of either the whole kidney (radical nephrectomy), or part of the kidney (partial nephrectomy). Occasionally, surrounding lymph nodes and/or adrenal gland sitting on top of the kidney are removed as well.

For RCC that has spread to other organs, drug treatment is generally administered to keep the disease in control. Historically, treatment options for RCC were limited as RCC responds poorly to chemotherapy. This changed with the discovery of vascular endothelial growth factor (VEGF)-directed targeted therapies more than a decade ago. More recently, immunotherapy-based treatment strategies in front-line treatment of Stage 4 RCC have greatly improved patient outcomes.

Some of us may have heard of adjuvant therapy in relation to cancer treatment in general, but it may not be a familiar concept to many. To help explain, the word ‘adjuvant’ is derived from the latin term adjuvᾱre, meaning, ‘to help’. Adjuvant therapy is therefore treatment that is typically given after surgery to improve the cure rate for patients.

As doctors, we are more than aware that the risk of cancer recurrence can be as high as 50–80% for high-risk RCC after surgery. Despite this sobering relapse rate, adjuvant treatment is not routinely offered for high-risk RCC patients, as data from large clinical trials using oral targeted therapy showed mixed results at best. Little did we know that this was about to change.

The dawn of a new era

The KEYNOTE 564 trial presented in June 2021 comprised a significant breakthrough in the field of kidney cancer treatment. The trial enrolled patients who have resected clear cell RCC with the following high risk features:

The trial showed that the use of adjuvant Pembrolizumab (an immunotherapy) in these patients can significantly reduce their risk of relapse by a staggering 32%. This significant reduction in risk provides meaningful benefits for patients with higher risk of relapse. On top of that, treatment is well tolerated without affecting quality of life during the 1-year treatment period.

What this means is that adjuvant treatment using Pembrolizumab is well ahead on its way to becoming the new standard of care for high-risk clear cell RCC patients after surgery. It is very likely that this novel discovery will translate to significant improvements in the overall survival rate of patients in this trial in the long run.

There are multiple ongoing trials using immunotherapy as adjuvant treatment in RCC, that will further refine this new strategy. To date, many questions remain unanswered, including:

Despite these setbacks, we are positive that we will find the answers to these questions in due time. The advent of this new and exciting discovery marks the dawn of a new era in kidney cancer treatment that will see vast improvements for patients with the disease. As more findings are made, we are certain that the prospects for the future of kidney cancer treatment will get brighter.